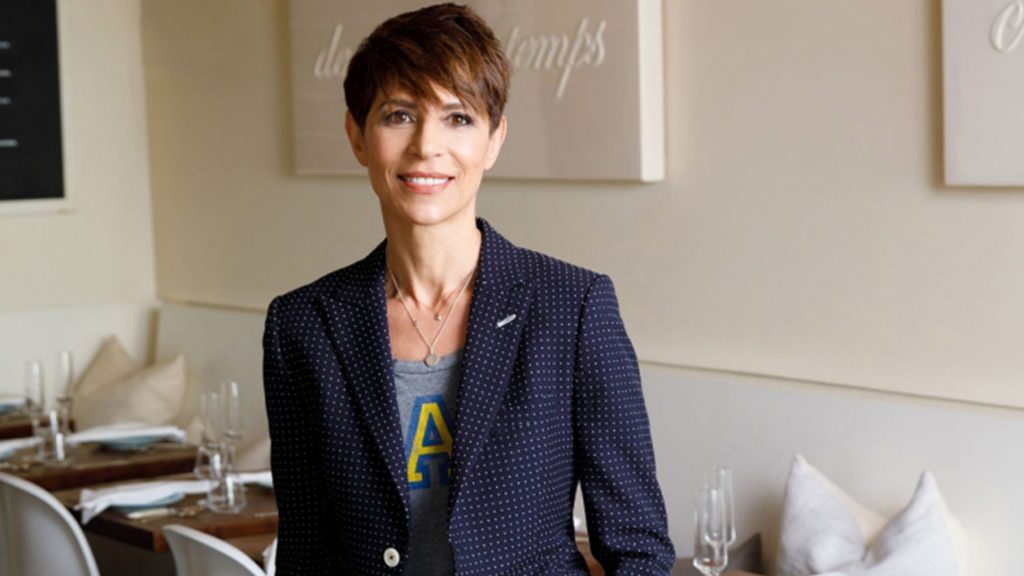 With an adventurous cook for a mother and a father who was a politician with a food critic for a best friend, Dominique Crenn was destined to LOVE food.

Dominique began her culinary journey in San Francisco in the late ’80s under esteemed chef, Jeremiah Tower, of Stars. It was there, at Stars, that Crenn perfected her craft and after gaining experience in several local kitchens, accepted the position of Head Chef for Intercontinental Hotel in Jakarta, Indonesia, making her Indonesia’s first female chef! Forced to flee Indonesia in 1998, due to civil unrest, Crenn made herself at home in both L.A. and Santa Monica, before returning to San Francisco in 2008 at Luce, where she was awarded her first Michelin Star.

In 2011, Dominique opened her own restaurant, Atelier Crenn, with the intention of expressing her art form, emotion, and memories into every dish. The Wall Street Journal noted, “Atelier Crenn serves a cuisine so visually, texturally, and conceptually inventive it has both delighted and baffled critics and drawn international attention.” After being the first woman, in the U.S., awarded 2 Michelin Stars back-to-back in 2013 and 2014, Crenn went on to earn Best Female Chef in 2016 and Best Chef: West by the James Beard Foundation in 2018. So, it is NO surprise that another first was in line. In 2018 Crenn was the first woman in America to be awarded 3 Michelin Stars.

After the big win, Crenn stated, “It’s a platform I now have; I must inspire others and make a difference.” Well, Chef, you inspire and make a difference for women not only in our industry but around the world every day. Thank you for truly loving food, people, and serving others!